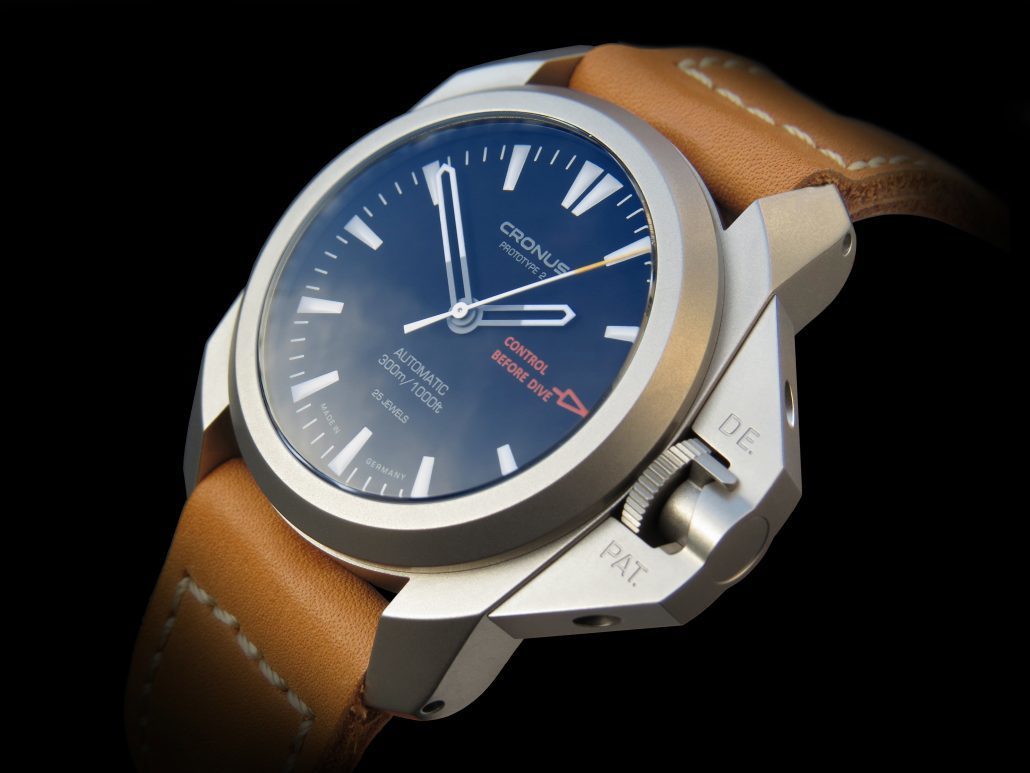 The first manual sketches and technical drawings of the diving watch Cronus were developed in 2010 by the Russian deployment watch 191 CHS from the 1960s. The aim was to maintain the characteristics of the axial rotation of the crown as a central control element and to stabilize the crown closure as it protrudes quite far. The requirement was from the outset: a very robust watch, which can withstand extreme loads and external influences and ensures water tightness. This idea was implemented technically in 3D-construction. In the following year, the prototype 1 was finally developed.

The concept of the closure was consistently further developed and optimized after the test. The closure was fitted with a visual warning system (red securing ring). It is controlled axially by a spring and warns the user from unsecured conditions. In addition, a corresponding note has been added on the dial (control before dive). The innovative locking system was patent patented in 2013. One year later the prototype 1 was re-designed, the case got a new shape without losing its charm. As part of the development, the crown closure was further optimized and decoupled from the housing. As a result, the relief of the elevator crown has been achieved without sacrificing safety. The prototype 2 model is created. Further information can be found in the patent description.

The housing is made according to our technical drawings and 3D data in the clock production facility Glashütte and assembled in a strictly limited small series in a Munich clock workshop. Each prototype housing has a serial number. You get a completely handmade and original love piece “made in Germany”, built with love.

Registration of the trademark took place in 2015.